This culinary magic is known as solar cooking. Instead of burning a fuel source, solar cooking uses mirrored surfaces to channel and concentrate sunlight into a small space, cooking food while producing zero carbon emissions.

Solar Cookers International (SCI) is an non-profit that advocates for the adoption of solar thermal cooking technologies. SCI says it knows of over 4 million solar cookers around the world, which people are using to cook and bake in the direct sun or through light clouds.

One of these people is Janak Palta McGilligan. The 73-year-old is a member of the SCI Global Advisory Council and director of the Jimmy McGilligan Centre for Sustainable Development in Madhya Pradesh, India — which she founded with her late husband in 2010.
Read: How floating islands can make urban waterways green and clean
In a country where up to 81% of rural communities rely on polluting fuels for cooking, Palta McGilligan noticed people were being disadvantaged by cooking with firewood from shrinking ecosystems. Their health was impacted and the natural environment surrounding them eroded. “Girls couldn’t go to school because they spent all day collecting wood,” adds Palta McGilligan. 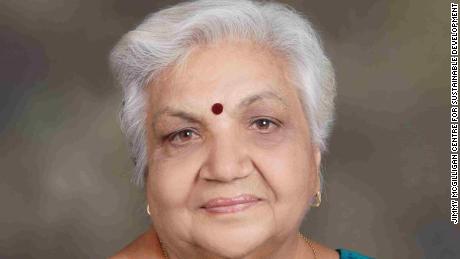 Yet with an estimated 300 sunny days a year, India has a substantial opportunity for using solar thermal energy.

Palta McGilligan introduced solar cookers to these communities, with the Jimmy McGilligan Centre covering all the training costs and 90% of the price of the cookers, both to protect the forests from degradation and to provide equal opportunities for women.

To date, the Centre has trained more than 126,000 people in sustainable practices such as solar cooking, and food curing and dehydrating techniques, as well as using solar thermal energy to heat up an iron to press clothes.

“It is about the environment, but it is also about equality,” she tells CNN.

There are many types of solar cookers: from mirrored boxes to rooftop systems and evacuated tube cookers — a more complex device that functions well in colder climates.

Read: Can the world learn from indigenous peoples’ food systems, before they are lost?

Palta McGilligan advocates globally for the health benefits of solar cooking. “Even economic health is benefited,” she says. “All the polluting fuels are so expensive but solar cooking is free — always.”

Anyone can use a solar cooker and training is simple: “You have to learn to position the solar cooker, how to align it to the sun. That’s all,” explains Palta McGilligan.

A basic solar box oven can be constructed with a cardboard box and mirrors or foil, costing as little as a couple of dollars. 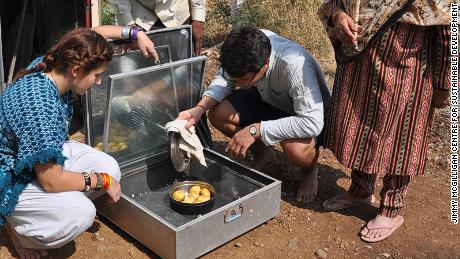 There’s one obvious drawback: You can’t cook after dark, and although food will cook quickly on a sunny day, in poor weather solar cookers can take considerably longer than a conventional stove or oven and may not reach temperatures high enough to safely cook meat. On cool or windy days, heavy foods — such as loaves of bread — may not cook at all.

But solar cookers can be used to dehydrate and cure foods to preserve them for stretches of time when there is heavy cloud cover.

‘Whole forests will be saved’

According to international NGO SolarAid, in sunny and arid climates a single solar cooker can save up to a ton of wood annually.
That can add up, with the use of polluting cooking fuels accounting for more than half of global black carbon emissions. Black carbon is one of the biggest contributors to climate change after carbon dioxide, but it only stays in the atmosphere for days to weeks. In fact, burning wood biomass generates greater CO2 emissions per unit of energy than burning fossil fuels.

Beyond the carbon cost, the use of biomass fuels can contribute to deforestation of rural regions.

“The planet is at risk,” says Palta McGilligan. “In rural India, we can’t grow trees quickly enough to make up for the wood burnt for cooking.” 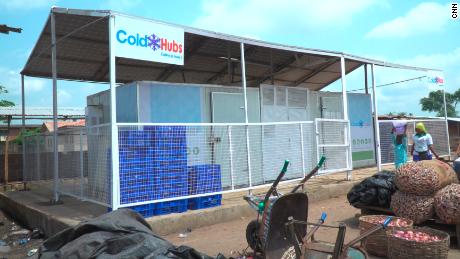 She says that alongside training on solar cooking methods, she encourages the planting and nurturing of native vegetation and trees to begin to counteract the environmental impact lifetimes of woodfire cooking has had in rural India.

“The people in the villages are connected to the forests,” Palta McGilligan tells CNN. “They feel sorry the jungles are being lost, they’re sad that there will be no trees. Solar thermal energy is a great relief to them.”

Palta McGilligan has observed the recovery of ecosystems as a direct result of solar cooking being introduced to a village. “Whole forests will be saved by the use of solar cookers,” she says.