However, all these creatures were land lubbers that you might expect to encounter on a tree trunk or branch. Now, scientists have found the oldest aquatic animal preserved in amber — and it’s the most complete crab fossil ever discovered. 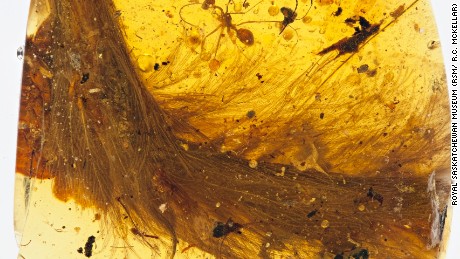 “The specimen is spectacular, it is one of a kind. It’s absolutely complete and is not missing a single hair on the body, which is remarkable,” said Javier Luque, a postdoctoral researcher in the Department of Organismic and Evolutionary Biology at Harvard University, in a news release. He was the lead author of the study that published Thursday in the journal Science Advances.

The Chinese, US and Canadian scientists working on the amber specimen, which originated from northern Myanmar, named the tiny crab Cretapsara athanata. The name references the Cretaceous, the dinosaur-era period during which this crab lived, and Apsara, a spirit of the clouds and waters in South and Southeast Asian mythology. The species name is based on “athanatos,” which means immortal in Greek, referring to its lifelike preservation in amber.

In looks, the 100-million-year-old creature superficially resembles crabs that scuttle around shores today. Computerized tomography scans revealed delicate body parts like antennae, gills and fine hairs on the mouth parts. The creature was only 5 millimeters long and likely a baby crab. 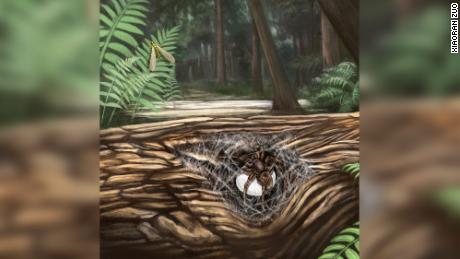 The researchers think that Cretapsara was neither a marine crab nor completely land dwelling. They think it would have lived in fresh water, or perhaps brackish water, on the forest floor. It was also possible, they said, that it was migrating onto land like the famous red Christmas Island crabs that release their babies into the ocean and later swarm back onto land.

While the oldest crab fossils date back to the Jurassic period more than 200 million years ago, fossils of non-marine crabs are sparse and largely incomplete.

The researchers said that Cretapsara proves that crabs made the leap from the sea to land and fresh water during the dinosaur era, not during the mammal era, as previously thought, pushing the evolution of non-marine crabs much farther back in time. 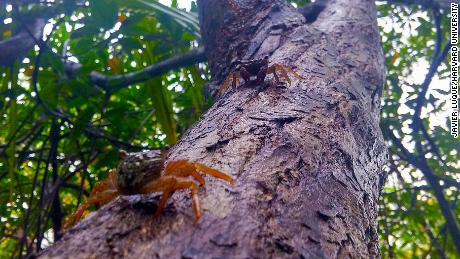 “In the fossil record, non-marine crabs evolved 50 million years ago, but this animal is twice that age,” said Luque.

Dinosaur-era amber fossils are only found in deposits from Kachin State in northern Myanmar, and ethical concerns about the provenance of amber from the region have emerged in recent years.

The Society of Vertebrate Paleontology called for a moratorium on research on amber sourced from Myanmar after 2017 when the country’s military took control of some amber mining areas.

The authors of this study said the amber specimen was acquired by the Longyin Amber Museum from a vendor in the city of Tengchong near the border with Myanmar in southern China in August 2015.

They hoped by “conducting research on specimens collected before the conflict and acknowledging the situation in the Kachin State will serve to raise awareness of the current conflict in Myanmar and the human cost behind it.”