“Every Canadian has met a Justin Trudeau in their lives — privileged, entitled and always looking out for number one. He was looking out for number one when he called this expensive and unnecessary election in the middle of a pandemic. That’s not leadership, that’s self-interest. And it’s Justin Trudeau through and through,” O’Toole said, as the child behind him bounced blithely away.

He went on for nearly 20 minutes, accusing the left-leaning Liberal Party leader of corruption, cover-ups, and of launching an “American-style” misinformation campaign against O’Toole himself and his party’s policies.

“I’d say he’s all talk and no action, but this is worse. A person so blinded by his own ambition, that he can’t see the rot in his own party. A man who’s not a feminist, not an environmentalist, not a public servant, a man who’s focused solely and squarely on himself,” said O’Toole. 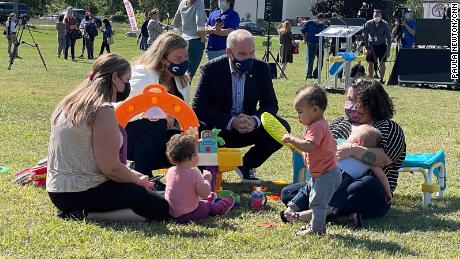 O’Toole’s attack was like a lightning strike disrupting a national election campaign already ugly and unsettled on many fronts. The pointed and very personal attack inevitably elicited a counterstrike from Trudeau a few hours later.

“I’m not impugning his character. I’m not saying he doesn’t love his kids. I’m saying he’s wrong about how to ensure jobs and prosperity and a protected country for people in the future. But that’s what Canadians get to choose. I’m going to let him and his proxies and the anti-vaxxer movement and the gun lobby and the anti-choice crowd continue to attack me, fine. I’m going to stay focused on Canadians,” said Trudeau during a press conference in Vancouver Monday.

In a few short weeks, Canada’s snap election has turned from a cakewalk into a tightrope for Trudeau, giving his conservative opponent the opportunity to launch personal attacks in a blunt and sustained way rarely heard in the country’s political discourse.

The vote, set for September 20, includes six federal parties. While Trudeau and O’Toole are likely the only leaders capable of forming a government, given their national support, Jagmeet Singh, leader of the New Democratic Party (NDP), polls well and could again hold the balance of power in any Canadian parliament.

The pandemic, climate change, housing affordability and gun control have all featured as major issues with voters. 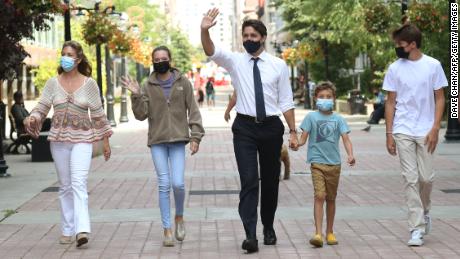 But Trudeau’s vulnerability is, in fact, the election itself, which he voluntarily triggered just as a bruising fourth wave of the pandemic took hold in Canada.

Trudeau called the snap election in mid-August, barely two years into his minority government, betting he could capitalize on his handling of the pandemic to win a majority in parliament. But once-favorable polls have quickly reversed course, with O’Toole and Trudeau now in a statistical tie, according to national tracking surveys over the past few days. 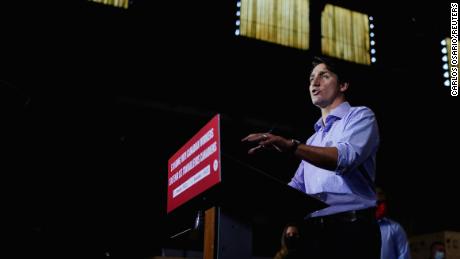 “On day two of the election the daily polls started coming out and we saw a daily slide of the Liberals and Justin Trudeau. It was daily, it was relentless, and it went down every day. Meanwhile the Conservatives, with their new leader Erin O’Toole, were climbing,” said Philippe J. Fournier, founder of the 338Canada Project, a statistical model of electoral projections that tracks polls, historical and demographic data.

Few Canadians see the need for this election, and Fournier adds that holding it in summer during a global pandemic has angered many voters who cannot identify a compelling “ballot box” issue to justify the undertaking.

Canadians are trying enjoy the last few days of summer, Fournier says, and many are annoyed with the political canvassing, the ads, the vitriol, all while trying to cope with the pandemic.

As much as candidates have tried to engage meaningfully on issues, a ripple of polarization among voters — one that seems to mirror the US experience — is emerging, especially on cultural or so-called “wedge” issues like abortion rights, gun control and climate change.

The pandemic in particular has ignited fury among a small but fierce minority that oppose some Covid protocols, especially vaccine and mask mandates. Earlier this month a protester threw gravel at Trudeau at a campaign event in Ontario, after the Canadian leader had been stalked by demonstrators angry with his pandemic policies.

The heated and visceral character of this campaign has some activists and educators worried that Canada’s increasingly polarized politics are following in the path of the United States.

“We like to the look at the US and say ‘not us,’ and I think we are now at a time where we have to say, ‘Yes, and us too,'” says Notisha Massaquoi, an assistant professor of health and society at the University of Toronto and a Black community activist.

“We’ve seen it, we know it can happen, we know that that a population can be ignited and can become powerful and can become leaders,” Massaquoi said, explaining she fears a future Canadian government could use wedge issues, like race, to mobilize its voter base in harmful ways. 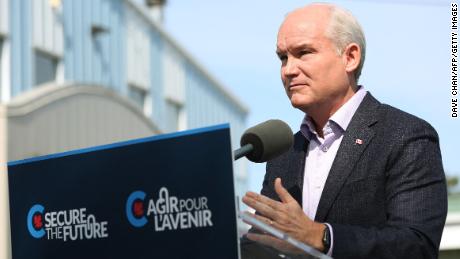 Asked by CNN how his brand of conservatism is similar or different from that of the US Republicans, O’Toole, Trudeau’s main rival, is careful not to answer the question directly but explains his is a “big tent” party.

“I’m a new Conservative leader with a new style. I served in the military, in Canada’s armed forces, worked in the private sector, I worked my way up the ranks of politics. We need less of the politics of celebrity, less of the politics of division that we’ve seen under Mr. Trudeau, and more of a positive politics that the Conservative Party is bringing in Canada with our plan for Canada’s economic recovery,” he said.

O’Toole has had some success branding himself as a more progressive Conservative leader. He says he is pro-choice, has a climate plan and believes in gun control. 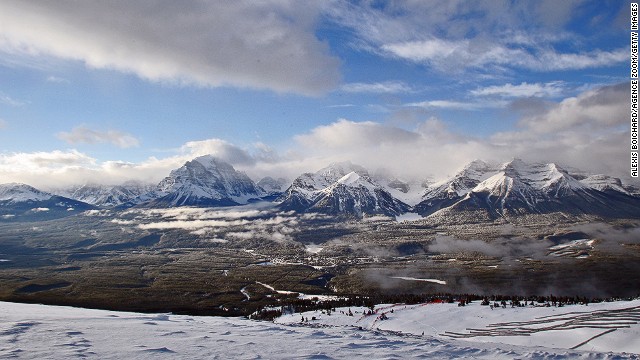 Trudeau nevertheless has accused him of siding with “anti-vaxxer mobs” and of wanting to take the country “backwards” by endangering public policies many Canadians hold as sacred, like gun control and universal healthcare.

At nearly every campaign stop, O’Toole has underscored that he is pro-vaccine but does not believe vaccine mandates are effective or necessary. He has also denied that he would do anything to introduce private sector healthcare in Canada.

Meanwhile, as a former air navigator with 12 years of military service, O’Toole highlights another kind of difference between himself and the well-heeled Prime Minister: “When Mr. Trudeau was partying, and we’ve all seen the photos, I was doing search and rescue missions in the military,” says O’Toole.

The fourth wave of the pandemic has intensified during the past month of the campaign, with active cases of Covid-19 more than doubling throughout the summer.

Canada’s public health agency warns that “there is a risk that hospitalization rates could overwhelm capacity.” While more than 78 percent of eligible Canadians are now fully vaccinated, new cases of Covid-19 continue to strain hospitals, especially in western provinces.

It’s been relentless and exhausting, Massaquoi says, adding she personally has lost six relatives to Covid-19, with many Canadians of color suffering similar loss.

And yet the political debate in Canada has yet to meet the moment with engagement on policies from coalitions of voters and the leaders they support. Instead, the campaign seems ever more influenced by vocal advocates in political silos.

In the absence of that thoughtful engagement, Fournier says voter intentions remain “in flux.”

“Right now, in my model I count 61 out of 338 ridings that are toss ups,” he says. “That is a huge amount,” he continues, adding that it’s a nightmare for an election to have that many seats too close to call just days before the vote.

“We could have many surprises,” he says.