A portion of between 5% to 10% of LIC is expected to be sold by March.

New Delhi: The queue of jumbo listings in Asia next year includes the world’s second-largest battery maker in Seoul and an insurer with more than 1.2 million agents and 100,000 employees in Mumbai. Mega deals from Chinese issuers in Hong Kong, meanwhile, may take a while to resume.

Both India and South Korea reached records in first-time share-sale proceeds in 2021 amid a boom of unicorns listings at a time of record low rates and rising stock markets. In Hong Kong, Asia’s traditional venue for IPOs, big sales disappeared on the back of Beijing’s crackdown over sectors ranging from tech to gaming and education, which sparked a selloff in shares.

India and Korea present “phenomenal growth” potential next year, said Selina Cheung, co-head of equity capital markets, Asia at UBS Group AG in Hong Kong. Additionally, she expects “a number of the largest unicorns in Southeast Asia to list. They will be coming through either in the local markets or in the U.S.”

Here are some big deals to watch across Asia in 2021 and their respective markets. 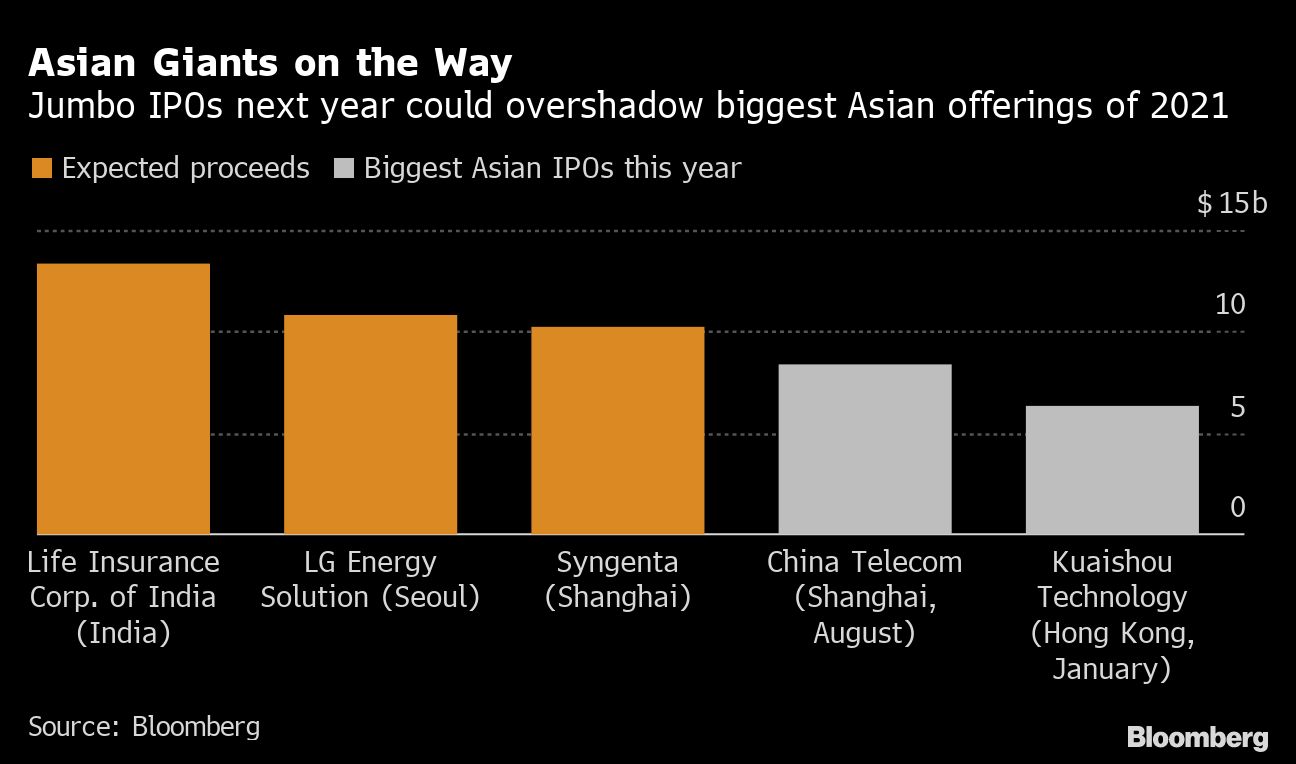 This should be the first major deal of the year. LG Energy Solution plans to raise as much as 12.75 trillion won ($10.8 billion), poised to set a record in the country. Books will open the middle of January and listing is slated for Jan. 27. Other names to watch include Hyundai Engineering & Construction Co., seeking as much as $1 billion and expected to trade in February, while the Korea Economic Daily reported Saudi Aramco-backed Hyundai Oilbank Co. aims to raise as much as $1.7 billion.

A portion of between 5% to 10% of the state-owned insurer known as LIC is expected to be sold by March. The government is seeking a valuation of as much as Rs 10 lakh crore ($133 billion), setting a local record and potentially making it among the biggest listings involving an insurer anywhere in the world.

Looking at Indian companies going public stateside, online education provider Byju’s is said to be in advanced discussions to merge with a special-purpose acquisition company, potentially raising about $4 billion at a valuation of about $48 billion.

The company, owned by China National Chemical Corp., said in in July that it was targeting proceeds of 65 billion yuan ($10.2 billion) through a listing in Shanghai. The company plans to sell as many as 2.79 billion new shares in the IPO, equivalent to a 20% stake. As yet, there’s no expected date for the debut.

Several big deals were put on hold in the financial hub amid regulatory uncertainties triggered by the broadening of China’s clampdown and sluggish markets.

Biel Crystal Manufactory Ltd., the supplier of cover glass to Apple Inc. was initially expected to raise $2 billion this year, but decided to push back the plans as it waits for a better market window, IFR reported on November 23. China Tourism Group Duty Free Corp. suspended a $5 billion offering in December, citing sluggish capital markets and the pandemic. 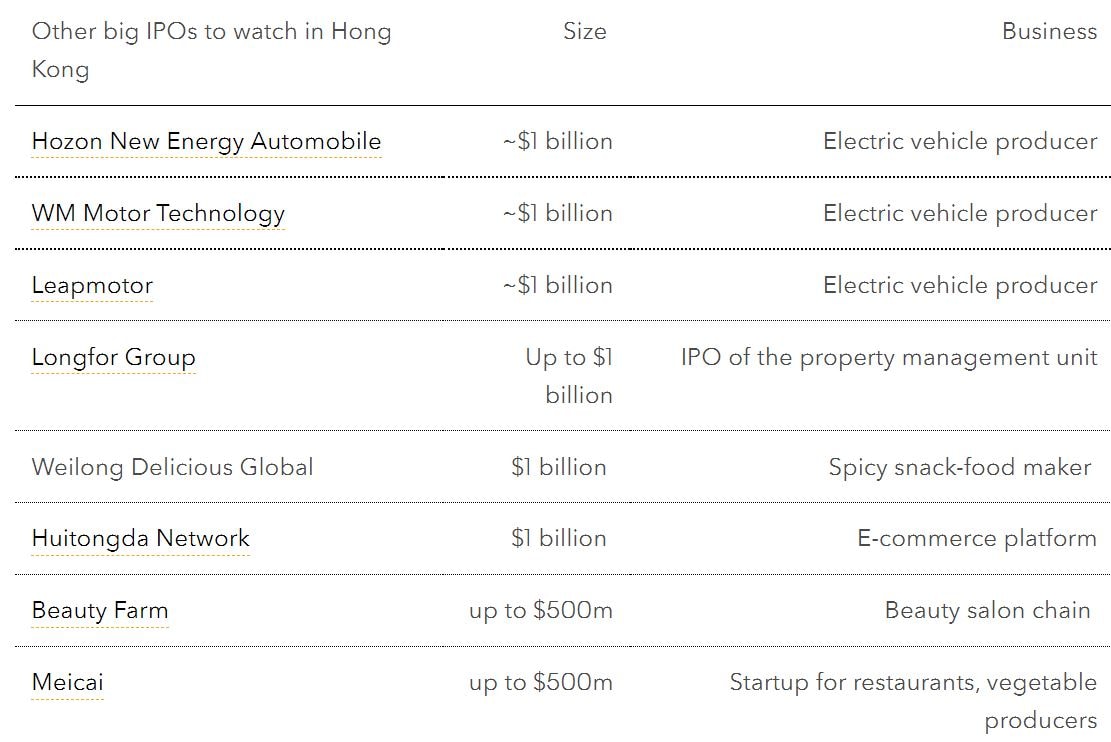 FWD Group Ltd., on the other hand, withdrew its plan to go public in the U.S. and is now considering an IPO in Hong Kong. Apart from the names going public for the first time in the city, investors should watch developments for the so-called homecomings: offerings by Chinese firms already listed in the U.S. that are seeking to float closer to home.

GoTo Group, the Indonesian company formed as the result of a merger by the country’s two most valuable startups, hired banks to help it raise around $1 billion that could happen as soon as the first quarter. Investors should also keep an eye on blank-check companies in Singapore, the first market in Asia to set a framework for their listing.