We’re already in September and the rumoured launch of the iPhone 13 series, along with a number of other expected Apple products could be sooner than you think. With plenty of leaks and rumours, there is a strong chance you’ve already run across a number of design changes expected with the new iPhone 13. In case you don’t, you can get a quick recap here.

However, here are five new iPhone 13 rumours that you might have missed, including new colour options and anti-fingerprint coating.

The iPhone 13 series is expected to come in new colour options including a darker matte black variant and a new bronze colour. The rumours suggest that the new matte black and bronze variants could be available alongside a number of other, more common colours.

The iPhone 13 series is expected to be made with a new manufacturing process that will apparently significantly reduce the amount of fingerprints and smudges on the phone’s back and sides. These will be a part of a similar flat design that debuted with the iPhone 12 series last year.

Apple‘s expected to also bring its beamforming microphone tech from the AirPods to the new iPhone 13 Series. These microphones are capable of capturing crisper audio and overall better performance compared to standard mics.

Beamforming technology is used in Apple’s HomePod to determine the shape of the room the smart speaker is in. This could be key in improved video-recording audio quality on the new iPhone 13 series.

The iPhone 12 series brought back the MagSafe and allowed the four 2020 phones to connect to various accessories like the MagSafe wallet and the MagSafe charger. However, the magnets themselves weren’t the strongest and the most reliable. 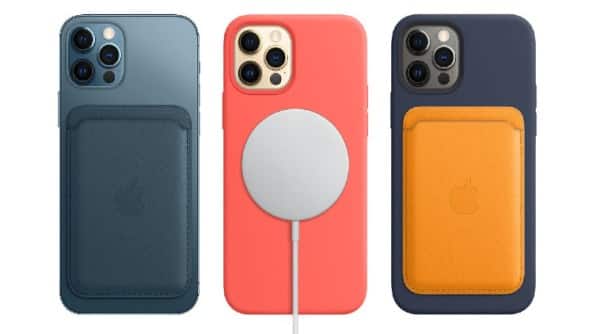 Apple could use a stronger implementation of MagSafe in the iPhone 13 series. (File)

Rumours have, however, stated that the iPhone 13 series will improve the magnetic connection on the back of the phones, allowing the accessories to tether better on the device, making the connection more reliable.

As is custom with Apple, the brand is likely to make a few changes and upgrades to the iPhone 13’s camera system to help it outperform last year’s sensors. However, rumours have also pointed at a new astrophotography mode, which will let users point to the sky to take pictures of celestial objects like the moon and stars and adjust elements like exposure to take better photos.

The iPhone 13 series is expected to drop later this month and is likely to launch in four variants – the iPhone 13, iPhone 13 Mini, iPhone 13 Pro and iPhone 13 Pro Max. All four iPhones will be powered by the A15 processor and will also get bigger batteries and improved cameras.

A century of quantum mechanics questions the fundamental nature of reality

Remembering faces and names can be improved during sleep: Research finds memory reactivation — combined with quality sleep — is key