Keanu Reeves and Carrie-Anne Moss in a still from Matrix 4.

New Delhi: The world is currently experiencing a sense of 1999 deja vu, no it’s not a glitch in the Matrix – Neo and Trinity have returned to the big screen in The Matrix Resurrections, directed by Lana Wachowski, on-half of the original sibling pair who made The Matrix and its sequels, Reloaded and Revolutions. There are some notable absentees in the cast of the fourth film – Morpheus and Agent Smith are played by Yahya Abdul-Mateen II and Jonathan Groff instead of Laurence Fishburne and Hugo Weaving – but the two lead characters remain reassuringly familiar. Keanu Reeves and Carrie-Anne Moss reprise their roles as Neo and Trinity, humans who rebel against the computer program running the “world” of The Matrix.

Indeed, there could be no fourth Matrix film without Keanu Reeves or Carrie-Anne Moss but the actors themselves never imagined they would be breaking out the black leather and martial arts moves again, 18 years after the final film in the original trilogy, The Matrix Revolutions, released in 2003. “I never thought I would be in another Matrix film, I was 100% sure that this will never happen again. It was a complete shock for me when I got the call to play the part,” Carrie-Anne Moss, whose badass fight sequences as Trinity became iconic, told NDTV. 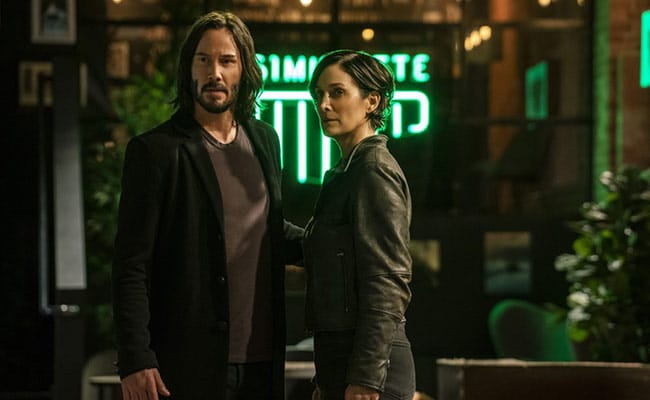 Keanu Reeves too never expected to be back playing Neo. “I never thought we would be sharing another Matrix story. I am glad that we have and I hope the audiences like it,” he said.

The Matrix changed cinema at several levels when it released in 1999, including a romantic partnership like no other in Neo and Trinity. “Neo and Trinity love each other. There is purity, there is strength, there is partnership and respect between them,” Keanu said. 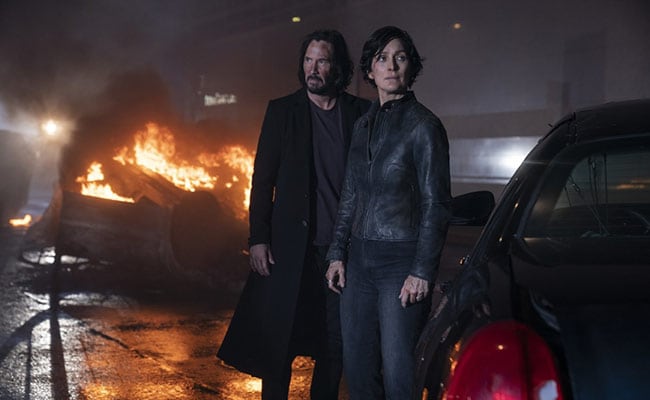 If Keanu and Carrie-Anne never expected to film another Matrix instalment, fans had also wrapped Neo and Trinity away in cotton wool, mostly because both died in Revolutions – however, the film did end with the matrix being rebooted. It’s been so long since Keanu hung up his leather coat that he re-watched the original films to get back into character for The Matrix Resurrections. “Before we started filming I watched the trilogy,” he said. “I did too,” Carrie-Anne Moss added.

Will millennials and even younger moviegoers watch the new Matrix movie and care as much as the previous generation did? That’s not something that bothers Carrie-Anne Moss. “I don’t know. I am bad at this. I don’t even imagine what the people watching the movie will experience and how it will impact them. My brain doesn’t work that way. So I have no idea but it will be really interesting to see, I am also curious about that.” 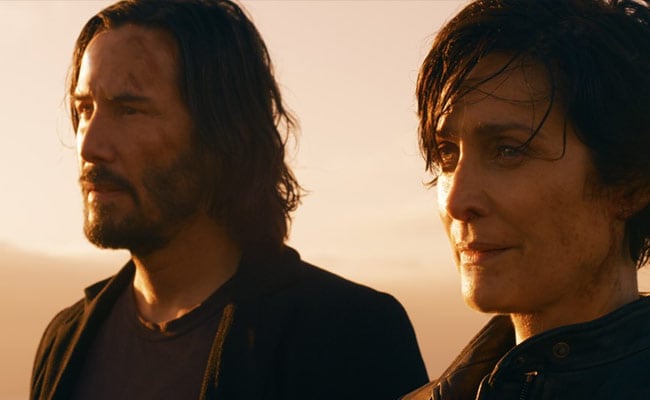 Keanu and Carrie-Anne aside, India has two reasons to watch The Matrix Resurrections – the role of Sati, played by Tanveer K Atwal in Reloaded, has been expanded and react with Priyanka Chopra, and Purab Kohli appears as a game developer. Jada Pinkett Smith and Lambert Wilson reprise their roles as Niobe and The Merovingian from Reloaded and Revolutions and Neil Patrick Harris joins the cast as Neo’s therapist.

Warner Bros’ The Matrix Resurrections is out in cinemas in India in English, Hindi, Tamil, and Telugu.