The Biden White House has, at times, been guilty of mixed messaging and an avalanche of comments by top health officials has sometimes been hard for everyday citizens to understand — and have contrasted sharply with the administration’s strong start on wresting control of the crisis.

But another potentially decisive moment is at hand in the 19-month national nightmare, as immunity begins to wane for some of the fully vaccinated and regulators endorse booster shots for some Americans that offer the promise of saving lives and keeping Covid-19 under control. And millions of parents, worn down by the task of keeping young kids safe, are desperate for news of when vaccines will be approved, keeping schools open and heading off fears that Thanksgiving, Hanukkah and Christmas will be spoiled again.
There was some good news on Thursday. A panel of US Centers for Disease Control and Prevention vaccine advisers recommended booster shots for those who got the single-dose Johnson & Johnson shot. It also recommended emergency use authorization for follow-up inoculations for people over 65 or with medical conditions putting them at risk for severe Covid-19 and for those older than 18 who live or work in high-risk environments and previously got the two-dose Moderna regime. Those guidelines match recommendations already given to the same category of Americans who had Pfizer shots. 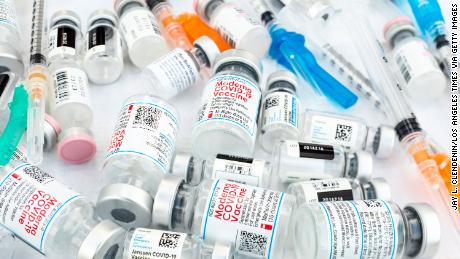 How President Joe Biden and his team handle both rollouts will be crucial.

Vaccine authorizations are primarily a medical concern. And sound science requires unbiased and methodical trialing and evaluation of new vaccines — a factor that can lead to public impatience. But given the implications of this moment for the nation, they also represent a massive test of governance, delivery and public relations for Biden’s White House.

At a CNN town hall in Baltimore on Thursday evening, the President signaled that he understood the trauma people are facing after months battling the crisis. In addition to some of the pandemic-related structural problems in the economy, he said that some people were simply “down” and wondering whether they wanted to “get back in the game.”

“I get asked the question: ‘What’s Christmas going to be like? How about Thanksgiving? Is it going to be okay? I mean, what’s going to happen? Will I be able to buy gifts for my kids?’ There’s a lot of anxiety people have.”

One of the keys to alleviating that anxiety will be the success of the coming booster expansion — and vaccines for children that will give parents some peace of mind.

A failure at this point to offer the public clear messages about boosters risks confusing people who wonder whether they are eligible for them, potentially shrinking the fully protected population if people do not get them. But it could also give fresh life to a virus that has shown an uncanny capacity to exploit public crisis fatigue and political divides.

For Biden, who was elected more than anything to end the pandemic, this is a stark challenge that will test his reputation for competence, eroded by some tough political months that saw a chaotic withdrawal from Afghanistan and months of feuding among Democrats struggling to use their thin mandate for Washington power. But it’s also a political imperative for Biden to look like he’s back in control, since the spike in sickness and deaths this summer put a brake on the economic recovery and triggered a plunge in his political standing. Any sign of a botched rollout, or contradictory guidance on vaccines, will also play into the hands of conspiracy theorists and conservative media propagandists who only this week exploited Colin Powell’s death to swell vaccine misinformation.

A CNN/SSRS poll last month recorded a 10-point decrease in public confidence over the President’s handling of the pandemic — to 56%.

The issues raised by vaccines, boosters and protection for younger Americans may seem distinct and easy to understand for medical professionals and public health officials. But the blitz of information, debate about various vaccines and boosters can be confusing for many Americans, especially in a media environment polluted by misinformation about the virus that has already killed 700,000 citizens and the life-saving doses that fight it.

The majority of pro-vaccine Americans get less attention in the media than those opposed to vaccines and masks and partisans who see an angle to use the pandemic to advance their political and cultural causes. But questions and concerns about boosters have been rippling through workplaces, families and communities for weeks and clear answers have often been elusive. 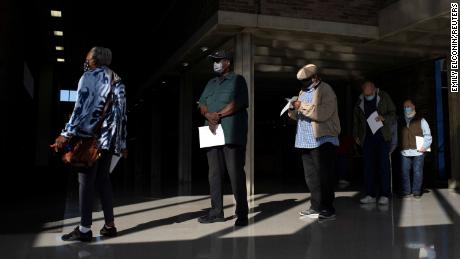 The CDC’s rulings are a good sign, but also make it even more important for the administration to transmit clear guidance to the country. In recent weeks, several vaccine approval hearings by regulators, comments by government health officials, scientific reports and hopeful but unspecific statements about longed-for inoculations for kids have sometimes caused confusion. The White House this week offered an in-depth briefing on vaccines for kids under 11. The goal, officials said, was to show that a fail-safe plan was in place to get as many kids the shot as soon as regulatory approval for the dose is granted. The briefings also risked causing confusion because without that authority, parents still can’t run out and order up the vaccines for their young families. While many vaccinated Americans have reestablished a semblance of normality — returning to restaurants, sports arenas and movie theaters — many families, fearful about the possibility of infection for little ones are still living deeply constrained lives.

Biden promised on Thursday night that the vaccines for kids would be approved in “weeks, not months and months” but stressed he was not pressuring anyone and that science would dictate the timing.

The President had hoped that the pandemic would be behind him by now. And he used the July Fourth holiday to tell Americans that the worst was over, even though at the time, the Delta variant was already taking hold in the United States and experts were concerned about the summer surge that later materialized. While his declaration of partial victory was premature, the President’s efforts were also hampered by the politicization of the pandemic. In Republican-run states especially, many citizens refused to get vaccinated for political reasons. Resistance to masking and mandates for face coverings further created the conditions for the virus to spread.

Different vaccines and mixing and matching

Another source of confusion has been the three different vaccines approved for use in the US. This has caused debate about which Americans are already eligible for boosters and which are not. People also have to work out the pros and cons of mixing-and-matching vaccine brands and boosters — an approach Walensky endorsed Thursday, saying eligible people could choose whichever vaccine they wished as a booster.

Still, at long last, 15 million Americans who listened to officials telling them to get any available vaccine early in the crisis — and who got the one-shot Johnson & Johnson shot — now at least have an answer for their urgent question.

Some of the fog over vaccines is natural — no one in authority has experience of a once-in-a-century mass pandemic. And evolving science can contradict earlier guidance, as was the case with mask wearing earlier in the crisis.

But it’s not surprising that some Americans have taken the matter into their own hands, getting boosts of the Pfizer vaccine, for instance, despite the currently somewhat restrictive guidelines on its use as a third dose.

Speaking before the CDC announcement on Thursday, Dr. Anthony Fauci, the nation’s top infectious diseases expert, said he believed that concerns many Americans have about boosters would be cleared up in coming days.

“There can be confusion, but I think right now things are going to be pretty clear when people hear what is available to them,” Fauci, director of the National Institute of Allergy and Infectious Diseases, said on CBS Thursday.

“The mix and match really gives a good deal of flexibility to people in whatever it is that they want to choose,” he said. “And the CDC, I am sure, will come out with some pretty clear recommendations depending upon what category you fit into.”

How the situation develops may depend on a long-term evaluation of the role of booster shots, which will require an evaluation of whether the purpose of vaccines is to protect people from getting sick at all, or merely preventing severe infections and deaths.

“We’re trying to build the airplane while it is in the air at some level,” Dr. Paul Offit, a member of the FDA vaccine advisory committee told CNN’s Wolf Blitzer on Thursday evening. “If the goal is protection against severe disease, we’ve really met that goal.”

“If the goal is to try and keep your neutralizing antibodies high, which means that that will protect you not only against severe disease but mild disease or asymptomatic infection, then we’re talking about more frequent boosting.”