The global robotics competition, held in the US in 2017, was a chance for the team to show to the world what so many in their own country doubted — that girls can accomplish anything.

And accomplish they did, winning an award for “courageous achievement” given to teams who persevere through trying circumstances. Though they didn’t place among the world’s best teams in the overall score, they walked away proud and, crucially, with worldwide recognition.

It was that recognition that helped the girls escape Afghanistan a few months ago, as the Taliban resurged.

The Taliban — infamous for banning girls from school and work when they last controlled Afghanistan — swept back across the country this summer, toppling city after city, a terrifying change for educated, progressive girls like those on the robotics team.
“The Taliban were taking over villages and neighboring provinces and so we decided to leave Afghanistan,” said Kawsar Roshan, one of the team’s members. “At that time, our families weren’t even allowing us to leave the house for any reason, not even to go to classes.”
With the help of various humanitarian groups worldwide, five of the original team members were able to flee Afghanistan. 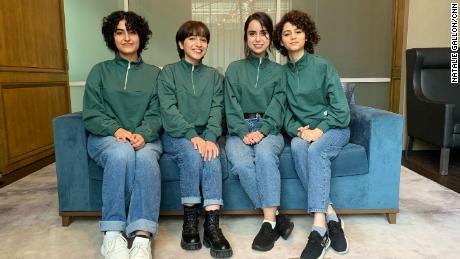 They left together with one older relative as a guardian and made the difficult trek from the western Afghan city of Herat to the capital of Kabul, leaving their homes in July.

There, they managed to get one of the last commercial flights out of Kabul bound from Islamabad, Pakistan.

It was in Pakistan that a plan began to form that eventually led them to a country thousands of miles away — Mexico.

With the help of private funding from various humanitarian aid groups, they made their way from Pakistan to Doha, Qatar, where after an invitation came from the Mexican government, the group boarded a commercial flight, stopping in Frankfurt, Germany before landing in Mexico City.

The government here has authorized the girls, all 17 or 18 years old, to stay for at least six months, with the option of extending their time further. 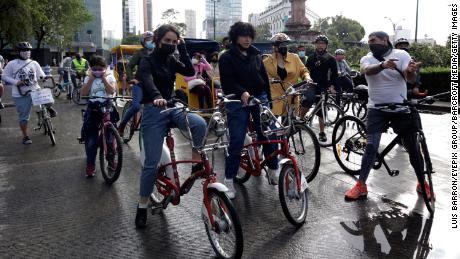 Some of the team spoke to CNN in a hotel conference room, preferring not to speak from where they are staying in the city for safety concerns.

Fittingly, some of the first thoughts they shared were about home, criticizing the cruelty of the Taliban regime.

“The rule of their government is just mockery, an insult to Islam,” said Fatemah Qaderyan, an original team member. “Islam is the religion of kindness. We kindly request not only the United States but the entire community, but the entire international community to eradicate the Taliban generation from Afghanistan.”

They know that the US has limited options in that regard after its withdrawal in August. They also know how lucky they were to get out.

“It was really hard to, you know, leave our beloved ones in Afghanistan,” said Saghar Salehi, another team member. “But we are happy that today we are safe not only because of ourselves, but here we can be the voice of thousands of girls who want to be safe in Afghanistan and who want to continue their education and can make their dreams come true.” 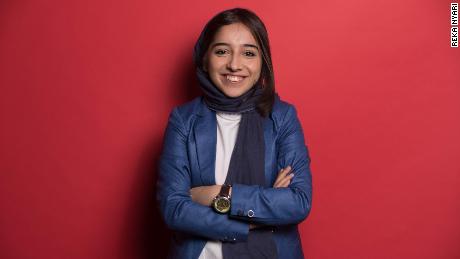 That is a a dwindling reality for girls in that country. In the weeks and months after the Taliban took over, their actions have reaffirmed a return to a society where women are treated as wholly unequal to men.

The group has ordered high schools to open only for boys, claiming that girls need a “secure transportation system” before returning. Militants have in some instances ordered women to leave their workplaces, and when a group of women protested the announcement of the all-male government in Kabul, Taliban fighters beat them with whips and sticks.

Still, the team has a message for those left behind.

Despite the challenging circumstances of the past several months, each young woman is looking to the future and hopes to go to college next year somewhere in the United States. Unsurprisingly, they will each pursue careers in STEM fields.

In the long-term, they all said that one day they hope to be able to go back to an Afghanistan free of the Taliban and the repression they represent.