A close look at Parineeti Chopra’s filmography will tell you how the actor has been courageous enough to pick roles starkly different from each other in an industry where actors get boxed easily after a hit. She has played a girl next door in the initial years of her decade long career (Ladies Vs Ricky Bahl, Ishaqzaade, Shudh Desi Romance). She has tried her hands at comedy in films like Golmaal Again and Jabariya Jodi. And, in 2021, she has starred in three movies, The Girl on the Train, Sandeep Aur Pinky Faraar and Saina, where she showcased her range as an actor.

But, the actor who seems so confident and vivacious, both on and off screen, never had plans to step into the world of cinema. Instead, Parineeti, with her triple Honours degree in business, finance and economics from the Manchester Business School, would have been making big bucks in some international bank had she gotten a job in London. Parineeti Chopra made her Bollywood debut in 2011. (PTI Photo)

“All my life, I wanted to be a banker. I studied for it, I spent Rs 50 lakh on my education in England, and I was on a loan. When I was unable to find a job, on an impulse I took a decision to book a ticket to Mumbai… and the only reason I chose this city was that the ticket was cheaper than the one to Delhi,” the actor, who turns 33 today, told Vogue in an earlier interview.

After coming to Mumbai, Parineeti applied for a job in the accounts department of Yash Raj Studios. But, since they didn’t have a vacancy, they offered her an internship in the marketing and PR department, which she grabbed with both hands. It was during this internship that the Meri Pyari Bindu actor learnt her first lessons in filmmaking and acting. Also, it was at the YRF office that filmmaker Maneesh Sharma spotted her and got her cast in the 2011 film Ladies Vs Ricky Bahl. 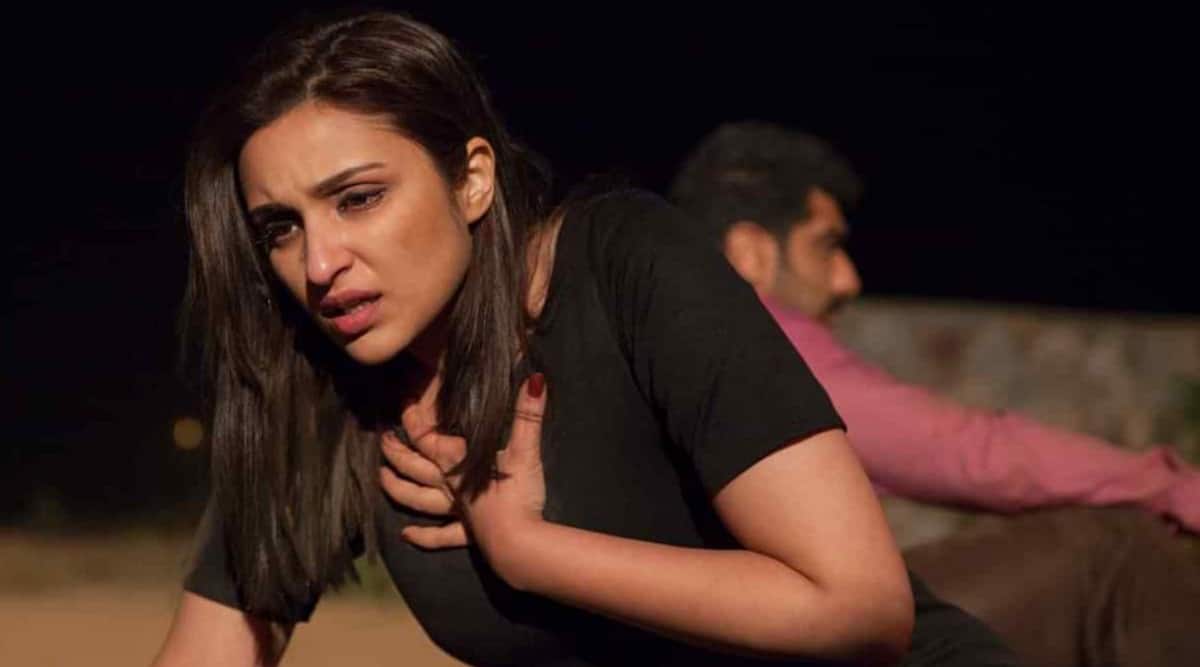 Parineeti Chopra in a still from Sandeep Aur Pinky Faraar.
Having no formal training, Parineeti had no qualms about facing the camera for the first time. She felt she has been in the acting profession for years when she gave her first shot in Ranveer Singh starrer Ladies Vs Ricky Bahl.

Recalling her first shot, the actor shared, “Maneesh said ‘action’, I did the shot, and he said ‘cut’. And I immediately knew I could do this. I felt like it was my 30th film. Maybe because I was so excited, it overtook all other emotions.”

Parineeti Chopra has also said that she has never had a role model. She has been working on making her performances better by asking many questions to her directors. “I come from a very academic background so a lot of questioning works best for me because once I get clarity, I can give a shot quicker,” she told indianexpress.com while promoting Dibakar Banerjee’s Sandeep Aur Pinky Faraar.

Here’s wishing we get to see the actor in many more diverse roles. Happy birthday Parineeti Chopra!

Sushmita Sen Reveals What She And Aarya Have In Common

Ahead Of Katrina Kaif-Vicky Kaushal’s Wedding, Actress’ Family Pictured Outside Her House